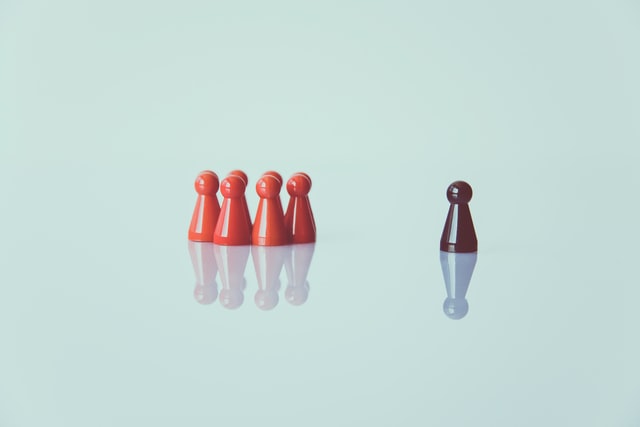 Part Two includes a list of characteristics of a verbal bully.

The following is a list of characteristics of a verbal bully. Some of these have been named in the previous article. But this is a more complete list.

Looking at this list makes me realize that almost every one of us—myself included—can be guilty of verbal bullying in some form almost every single day. Since no one is perfect—no, not even me—the best that any of us can do is to become aware of what we are doing in an effort to avoid verbal abuse as much as we can.

Third, Indirect: Sometimes called social aggression, indirect bullying is the spreading of rumors, true or untrue, with the specific intent of causing someone mental anguish. It is meant to ostracize the victim; it includes such tactics as gossip, humiliation, glaring and giving dirty looks, making obscene gestures, and adding graffiti to bathroom walls or other places.

Indirect bullying normally does not take place in the presence of an adult. Most adults are also not aware that it is taking place because there is seldom anything to see or hear. Victims of indirect bullying typically feel shame, which makes them less likely to speak up.

This is where a strong relationship benefits. If you have a relationship with your son, he is more likely to be open with you about his problems. He won’t have to suffer in silence. Social aggression starts in the early school years, and becomes more and more prominent as your child gets older. This type of bullying is difficult to stop because the identity of the person doing it may never be known. Even if you know who the bully is, it can be difficult to deal with.

Here is a personal example. Back when I was growing up during the fifties and sixties, homosexuality was highly frowned upon. My younger brother was gay, and everyone knew it. When I was in high school, he had already come out of the closet. Even though I was not gay, people assumed I was because of my brother. A young woman had recently moved into the neighborhood. When I showed some interest in her, the boy who lived next door to her made sure that she knew that my brother was gay. With no warning, she dropped me like a lead balloon. She never spoke to me again. There wasn’t anything I could do about it, even though I knew who the guilty party was.

Social aggression comes in different varieties. One is relationship manipulation. A child will do or say things behind a friend’s back while acting like nothing is going on. Why? Almost always it has to do with making a new friend or gaining favor with someone else.

Another is social exclusion. You will probably recognize this. Social exclusion can be either verbal or nonverbal. The verbal aspect normally involves one child trying to turn others against a victim. Often the effort is to get the victim excluded from some social event, perhaps a party or a baseball game. I was often a victim of this when the neighborhood boys would choose sides for a softball game. I would be chosen last or not at all, even though I was one of the better athletes.

Another tactic is a reputation attack. This may be accomplished by spreading rumors or gossiping, such as telling other children that someone is gay when, in fact, they are not, or vice versa. Whether true or untrue, reputation attacks can be damaging. Online reputation attacks have become common, in part because the perpetrator can remain anonymous.

Yet another practice is the demeaning gesture, such as eye rolling, grimacing, or giving dirty looks. The purpose is still the same: to inflict harm upon the victim. Social aggression can be very debilitating both socially and emotionally.

Fourth, Social Alienation: This is related to social aggression, but it refers specifically to excluding someone from a group because he or she may be different. The victim could be different because of race, ethnicity, class, gender, religion, grades, or you name it. Social alienation is a bullying tactic used mostly by girls, who are both more vulnerable to emotions and more adept at using them against each other.

However, boys who want to avoid physical violence will sometimes use social alienation. Here is a list of some of the tactics girls—and occasionally boys—will use to accomplish their purpose:

I developed Tourette’s-related tics at the age of five. Any bully who was looking for an easy target could use social alienation to hurt me. It did not help that my level of self-confidence at that time was almost nonexistent.

Remember, “true” self-confidence is the best weapon against almost any type of bullying. However, this confidence should be based on real accomplishment, in academics, athletic, sports, or other fields.

Fifth, Intimidation: Also called cowing, intimidation is an attempt to make a person of ordinary sensibilities fear injury or harm. It can include verbal harassment or threats of physical assault. Girls and boys both use it. You might recall that I was beaten up by a girl frequently in the fourth grade. Intimidation can be constant. If the intimidation is performed by a group, it is called mobbing. Children with some type of disability (physical or emotional) are particularly prone to being intimidated. They are far less likely to fight back because they do not normally have a group of friends who are willing to stand up for them.