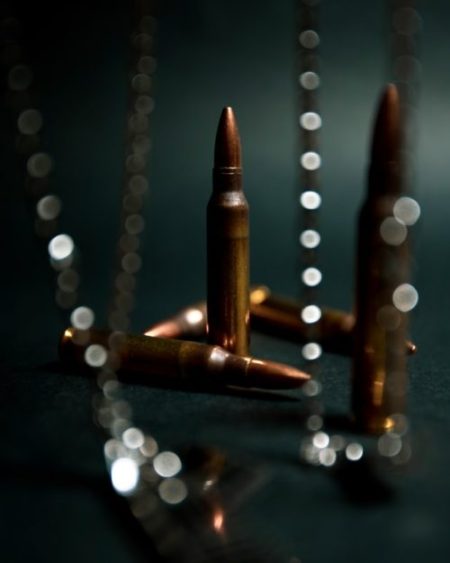 No, this article has absolutely NOTHING to do with guns or weapons of any kind. It has to do with our children. Unfortunately, our children seem to think they are bulletproof. I refer to the attitude that the majority of children, particularly the ones fourteen and under, have that they cannot be hurt, that they will live forever. They don’t have any concept of how dangerous a moving car is. On top of all of this they have to deal with stupid parents. You heard me right. I said “stupid parents.”

Okay, where do I get off calling the parents of most of today’s children stupid? It doesn’t take a rocket scientist to figure out that, if you do not teach your child not to walk into the street in the path of an oncoming car, you either don’t care or you have the IQ of a banana. Either way, you have no business being a parent. But until stupidity becomes illegal, this is what we have to put up with. There is one other issue when it comes to parents.

There are those parents who put their child fourth on their priority list behind their sex lives, their professional lives, and their social lives. I’m not going to get into a long winded discussion on this particular subject in this column about the issue. But you do need to know that if you put your child fourth, there will come a time when you need them more than they need you. When that time comes, guess what they are going to do to you. Why they will put you fourth on their list of priorities just like you did to them. I promise when it happens you are not going to like it. But you really cannot complain too loudly because they are doing exactly what you taught them to do.

Now back to my original issue. It never ceases to amaze me when I see some parent walk across in front of an oncoming car without so much as even looking to see if the driver has seen them. Half the time they also have a child by the hand who has just seen mom or dad do something incredibly dangerous. They make the situation worse by talking on their phone at the same time. They are giving junior the idea that they are also bulletproof. These are the same parents who would go ballistic if they saw their child do it. How in the hell are they supposed to learn how dangerous it is if they see you do it? Don’t you know that children look to you first to see what they should and should not do?

I had a seventeen year old grocery store employee help me with my groceries once, who did not bother to check for any cars before crossing. When I called him on why he walked across in front of a moving car without so much as even looking or hesitating to see if there was a car coming, he actually said to me, “If they hit me, I will get some time off from work.” After I recovered from the unbelievable stupidity of the statement, I said to him, “That’s assuming you survive.”

I had a grown adult get angry with me when I honked my car horn at him for walking across without so much as even looking. After he questioned my ancestry with a few choice words, he said, “Don’t you know that pedestrians have the right of way?” To this I answered “Yes, I’m aware of that.” I then said, “I can just see it now!” Of course he said, “See what?” I replied, “I can see it on your headstone. ‘Here lies a man who was determined to have things his way.’” My point is, if that driver does not see you for whatever reason, what good does it do to have the right of way if you are dead?

Folks, if you want your child to grow up healthy and strong, you cannot afford to have a regression of good judgment when they are watching. It is even more crucial to be consciousness of your actions while they are with you. The results of not doing so could be fatal.