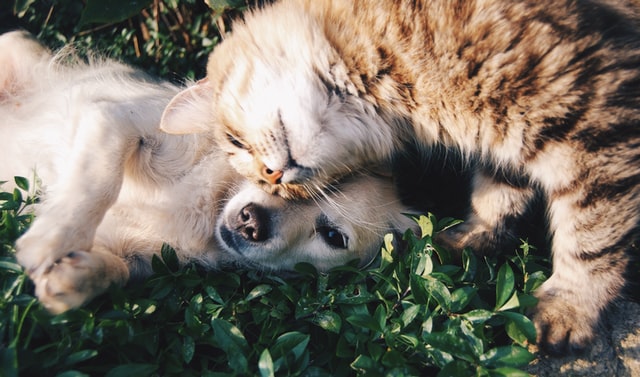 There is increasing evidence that an adolescent who abuses animals will develop into a bully. The following article was provided by PAWS, an animal rights organization that does extensive research into the connection between animals and humans. They can be contacted at www.paws.org. I appreciate their help in providing this article.

“One of the most dangerous things that can happen to a child is to kill or torture an animal and get away with it.”—Anthropologist Margaret Mead

Until the past 20 years, the connection between violence against animals and violence against humans went unrecognized. Now a growing body of research has shown that people who abuse animals rarely stop there. Increasingly, child protection and social service agencies, mental health professionals, and educators recognize that animal abuse is aggressive and antisocial behavior. It is also a reliable predictor of violence against people after a young abuser grows up.

Children learn about abuse by being its victim. They often fail to develop empathy, and without this key quality they cannot recognize their victims’ pain. When they begin to “act out” their abuse trauma, children first target animals. As adults, they find new victims among the most vulnerable— children, partners, and the elderly.

Consider the following facts: The FBI sees animal cruelty as a predictor of violence against people, and considers past animal abuse when profiling serial killers. National and state studies have established that from 54 to 71 percent of women seeking shelter from abuse reported that their partners had threatened, injured or killed one or more family pets (Anicare Model 19 workshop, Tacoma, 2004).

Created in 1999, the AniCare Model of Treatment for Animal Abuse treats people over 17 by bringing abusers and animals together. A companion program treats children. In assessing youth at risk of becoming violent, the U.S. Department of Justice stresses a history of animal abuse. More than 80 percent of family members being treated for child abuse also had abused animals. In two-thirds of these cases, an abusive parent had killed or injured a pet. In one-third of the cases, a child victim continued the cycle of violence by abusing a pet.

A 1997 study by the Massachusetts Society for the Prevention of Cruelty to Animals and Northeastern University found that 70 percent of animal abusers had committed at least one other crime. Almost 40 percent had committed violent crimes against people. The researchers also compared matched groups of abusers and non abusers over a 20-year period. They found the abusers were five times more likely to commit violent crimes than the non-abusers.

Responding to and reporting animal abuse

Many adults, including teachers, camp counselors, family friends and parents, have a bond of trust with children. If you are a trusted adult, you may hear children talk about animal abuse they have seen or even committed. When children reveal violence against animals, rely on the trusting relationship to talk to them and learn more. By getting as much information from the child as possible and reporting the suspected animal cruelty, you can help break the cycle of violence in your community. You may also need to seek guidance from other professionals or agencies if you learn of other kinds of abuse, such as domestic violence. In cases where a report of animal abuse would put the complainant at risk, contact a social services agency first. Animal control officers are also trained to look for signs of other kinds of violence, and are required to report what they’ve seen to social service agencies (paws.org).

According to article in the Journal of Applied Developmental Psychology, children’s abuse of animals may be predictive of aggression towards humans. In a study of 241 young people between the ages of 12 and 16, a total of 20.6 percent of youths reported abusing animals at least “sometimes” and 17.8 percent reported bullying others on at least one occasion in the past year. Family conflict was also a significant predictor only for animal abuse, while victimization by peers was a significant predictor only for bullying. Although there were both common and differentiating predictive variables for each behavior, the finding that witnessing animal abuse was predictive of both is supportive of past research (Gullone, “The relationship between bullying and animal abuse behaviors in adolescents: The importance of witnessing animal abuse,” 2008).

According to Scott Johnson, all too often mental health professionals and prosecutors miss the seriousness of any cruelty towards animals and the significant role animal cruelty plays in the perpetuation of violent and non-violent criminal behavior (“Animal cruelty, pet abuse & violence: the missed dangerous connection,” 2018).

The bottom line to all of this is that if you witness or hear about a child that has been or is being cruel to an animal, do not just ignore it. Report it to someone like the police or animal services in your home town. It should never be taken lightly. You might actually prevent a child from developing into a bully or even a criminal.